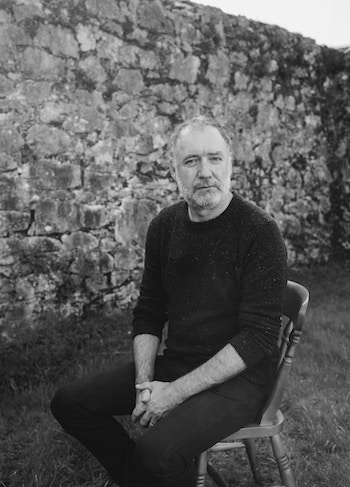 Brian Doherty was born and raised in Waterford, Ireland. At 17, he quit school to join the Irish Army, then left the army three weeks later. Three years on from then, he dropped out of a chemistry course at his local college to help found Red Kettle Theatre Company.

Doherty made his theatrical debut with Red Kettle in 1986, in Jim Nolan’s The Black Pool. Since then, he has worked on stages all over Ireland and the UK, with numerous productions at Dublin’s Abbey Theatre, London’s National Theatre, Royal Shakespeare Company, Royal Court, Druid, and Rough Magic, as well as in the West End. He has also played many roles in film and TV, most recently including appearances in Dream Horse, Witless, Trigonometry, and Resistance.

In 2019, Doherty was named Best Actor at The Irish Times Irish Theatre Awards for his performances as Agamemnon in Hecuba (Rough Magic) and Dog in The Red Iron (Red Kettle). He has recently moved back to live in Ireland with his wife and daughter.

A Disused Shed in Co. Wexford