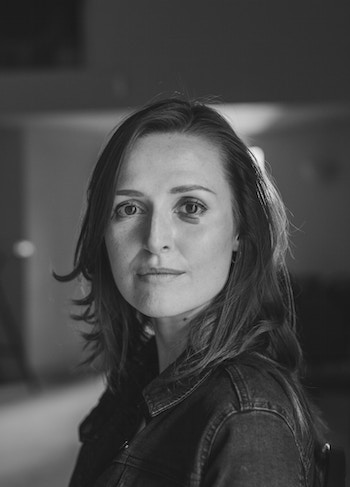 Clare Dunne was born in Dublin, the eldest of six daughters of a family resource center worker and an office logistics manager. She graduated from the Royal Welsh College of Music and Drama in 2009 and was cast in Druid’s The Playboy of the Western World soon after.

Dunne’s later work with Druid includes The Cripple of Inishmaan and The Silver Tassie. At the Abbey Theatre, she has performed in Juno and the Paycock and Major Barbara, and at the Gate, in Look Back in Anger and Tribes. She starred in Grounded by George Brant in the Dublin Fringe Festival and played Prince Hal in Phyllida Lloyd’s all-female version of Henry IV at the Donmar Warehouse. Further stage appearances include Julius Caesar (Donmar), Detroit (National Theatre), Three Sisters (Lyric Hammersmith and Filter), A Midsummer Night’s Dream (Filter at Latitude), and Crunch (Nabokov). She also wrote and performed Living With Missy (Smock Alley Theatre) and Sure Look It FUCK IT (Electric Picnic, Body and Soul). On the radio, she has performed in On Her Majesty’s Service and BBC Radio 4’s News From Home.

Dunne's film work includes Nice Night For It, The Cherishing, Outside, and Spider-Man: Far From Home. In 2020, Dunne starred as Sandra in the critically acclaimed film Herself, directed by Phyllida Lloyd, which she co-wrote.

This is not a confessional poem