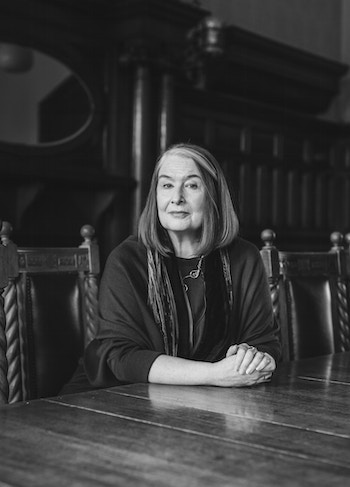 Originally from Heaney country in South County Derry, Eleanor Methven is one of Ireland’s foremost actresses. She has worked with all of the major Irish theater companies and has received an E.M.A. Best Actress Award and three Irish Times Awards for her stage work, as well as the Irish Times Special Tribute Award. She has also been nominated for an Irish Film and Television Award. Methven is also a regular on television and film, most recently seen in Little Women BBC, Derry Girls Ch4, and Virgin TV’s The Deceived. She co-founded the award-winning Charabanc Theatre Company, with whom she toured internationally and was Co-Artistic Director until 1995.

Methven was the curator of Rising to Reconciliation and of A Further Shore, programs of Irish poetry responding to the Troubles and to the Peace. Commissioned by the Irish Department of Foreign Affairs, these live readings were produced by Poetry Ireland in The Abbey Theatre, Dublin; the Grand Opera House, Belfast; the Marketplace Theatre, Armagh; the Lyric Theatre, Belfast, and at the Barbican Centre, London, hosted by the Irish Embassy.