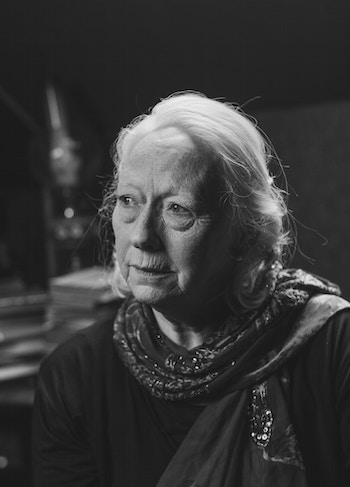 Raised in Drumfin, south Sligo, Marie Mullen is a founding member of Druid Theatre Company. Since its foundation in 1975, Mullen has worked consistently with Druid and appeared in many of its iconic productions, including Playboy of the Western World, Conversations on a Homecoming, Bailegangaire, The Beauty Queen of Leenane, Long Day’s Journey into Night, and many others.

The Loves of Cass Maguire, The Colleen Bawn, and The Cripple of Inishmaan are a few of the many other plays that Marie has worked on in conjunction with Garry Hynes and Druid Theatre. For the Gate Theatre, she appeared in Lucy Kirkwood's The Children, directed by Oonagh Murphy, and Mark O'Rowe's Crestfall, directed by Garry Hynes. At the Abbey Theatre, her credits include the role of Shalome in Marina Carr's On Raftery's Hill, directed by Caitriona McLaughlin. She also appeared in the world premiere of Colm Tóibín's Testament for Landmark Productions and Dublin Theatre Festival.

Mullen won a Tony Award and an Obie Award for Best Actress in a Play for the role of Maureen in Martin McDonagh's The Beauty Queen of Leenane. She is the recipient of the 2005 Irish Times Theatre Awards’ Best Actress Award for her performances in the DruidSynge Cycle and the 2012 Irish Times Theatre Awards’ Best Supporting Actress Award for her portrayal of Missus in Tom Murphy's Conversations on a Homecoming. She has received many additional awards, including a Herald Angel Award at the Edinburgh International Festival for the DruidSynge Cycle, the Best Supporting Actress Award at the Harvey’s Irish Theatre Awards in 1985 and 1983, and the Actress of the Year Award from the Evening Herald in 1984 and the Sunday Independent in 1983. Mullen is married to actor Seán McGinley, with whom she has two daughters, Róisín and Maireád.