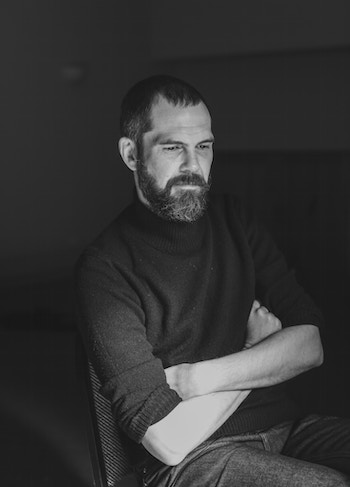 Irish actor Marty Rea was born in Belfast, where he attended St Mary's Christian Brothers’s Grammar School. He won the Lady Rothermere Scholarship to London’s Royal Academy of Dramatic Art and graduated in 2002 with a BA in acting. Rea has worked with Druid for nearly a decade: he joined their ensemble company in 2013 and served as New Writing Associate from 2015–2016. He is the winner of the Irish Times Theatre Awards Best Actor for Hamlet (2011) and DruidShakespeare: Richard II (2016) and Best Supporting Actor for King of the Castle and The Great Gatsby (2018), as well as the recipient of Best Actor nominations in 2013 and 2017.

Rea has appeared on stage in upwards of 40 plays, including DruidGregory, The Cherry Orchard, Richard III, The Beauty Queen of Leenane, Waiting For Godot, DruidShakespeare, DruidMurphy, The Glass Menagerie, The Great Gatsby, The Importance of Being Earnest, The Caretaker, Othello, She Stoops To Conquer, The Importance of Being Earnest, and Hamlet. His film and television appearances include Strays (Arcade Film), Prisoners of the Moon (Bandit Films), Citizen Lane, Barbarians Rising! (October Films), The Devils Pool (Vico Films), and The Man Inside (Broken Pictures Ltd.).