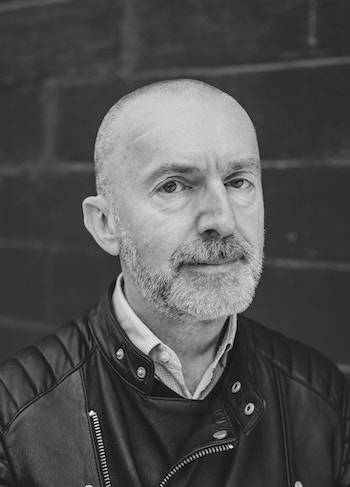 Pianist Pedja Muzijevic was born in Sarajevo, Bosnia and Herzegovina, to a family of engineers. He began playing the piano at age nine—a late date in the classical music world. Muzijevic studied in Sarajevo and in Zagreb, Croatia, where he made his first major orchestral appearance with the Zagreb Radio Symphony Orchestra. He moved to the United States in 1984 to attend the Curtis Institute of Music in Philadelphia and New York City’s Juilliard School.

Muzijevic is renowned for his adventurous mixing of classical styles and eras, from Liszt, Schumann, and Haydn to John Cage and Philip Glass. He is also noted for his cross-genre collaborations and tours with dance troupes, including the Trisha Brown Dance Company and Mikhail Baryshnikov’s White Oak Dance Project, which he credits with opening him up to more experimental combinations of music. Muzijevic has performed widely, both nationally and internationally: he has played solo recitals at Alice Tully Hall, 92Y, and the Frick Collection in New York; the National Gallery and Dumbarton Oaks in Washington, D.C.; Tokyo’s Casals Hall and Bunka Kaikan; the Teatro Municipal in Santiago de Chile; and many other venues. He has also been part of orchestral and chamber performances with groups including the Atlanta Symphony, the Boston Pops, the Richmond Symphony, the Milwaukee Symphony, Santa Fe Pro Musica, the Orquesta Sinfonica of Montevideo, Dresden Philharmonic, Residentie Orkest in The Hague, St. Paul Chamber Orchestra, and Shinsei Nihon Orchestra. Muzijevic has played at music festivals around the world, and his solo recordings include Haydn Dialogues and Sonatas and Other Interludes.

Muzijevic currently serves as Artistic Administrator at Baryshnikov Arts Center in New York, director of the Concert in the 21st Century residency at Canada's Banff Centre, and Artistic Advisor at Tippet Rise Art Center in Montana. He lives in New York City.