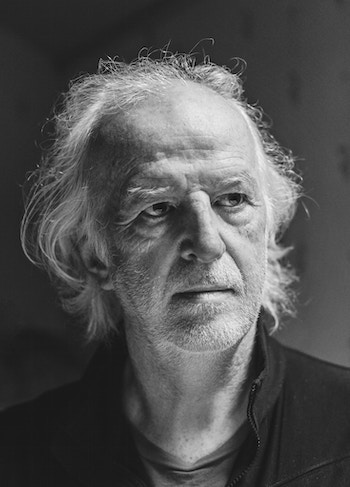 Irish actor Seán McGinley was born in 1956 in Pettigo, a small village in Ireland’s County Donegal that borders Northern Ireland. The son of a customs official and a music teacher, McGinley was raised in the town of Ballyshannon, whose drama festival was his first exposure to theatre. He attended University College Galway and joined its dramatic society. There, he met Druid founders Garry Hynes, Mick Lally, and Marie Mullen, who brought him into the Druid company. McGinley was a member of Druid from 1977 to 1989; his credits there include The Playboy of the Western World, Conversations on a Homecoming, Famine, The Glass Menagerie, Loot, The Importance of Being Earnest, and Much Ado about Nothing.

McGinley’s numerous other theater credits include The Shaughraun (Abbey Theatre), A Whistle in the Dark (Abbey Theatre), Ages of the Moon (Abbey Theatre and The Atlantic Theatre, New York), Simpatico (Royal Court Theatre), Long Day’s Journey into Night (National Theatre, London) and most recently The Children (The Gate Theatre). He has appeared in more than 80 films and TV shows in the US, Ireland, UK, and Canada, including The Truth Commissioner, The Field, Michael Collins, The Butcher Boy, Braveheart (Icon Productions), On a Clear Day (Baker Street/Forthcoming Productions), The Fall (BBC), New Tricks (BBC), The Street (BBC), Bleak House (BBC), Waking the Dead (BBC), Republic of Doyle (CBC), Family (BBC/RTÉ), Midsomer Murders (ITV), and most recently Paula (BBC), Shetland (BBC), The Alienist (TNT), and Butterfly (ITV). McGinley is married to actress Marie Mullen, with whom he has two grown daughters.