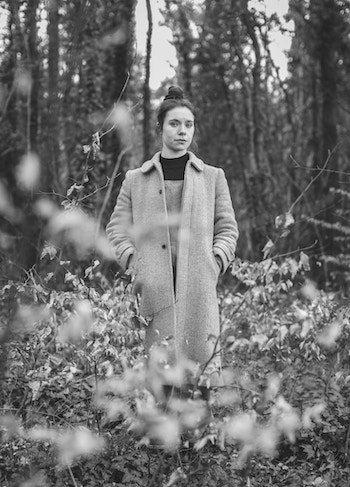 Irish actress Venetia Bowe is the only child of art historian Nicola Gordon Bowe and garden historian Paddy Bowe. As a teenager, watching Fiona Shaw perform in Samuel Beckett’s Happy Days at the Abbey Theatre pushed her in the direction of acting. She trained as an actor at the Lir Academy and holds a degree in drama and theater studies from Trinity College, Dublin.

Bowe’s recent screen credits include the role of Katya in the Irish/Finnish co-production Cold Courage directed by Agneta Fagerström-Olsson for Luminoir; the role of Irene Piecraft in short film The Fall of the House of Piecraft directed by TJ O'Grady-Peyton; an appearance in BBC Arts program Imagine: Edna O'Brien, the lead role in Oonagh Kearney’s experimental dance short, Five Letters to a Stranger Who Will Dissect My Brain; a collaboration with Junk Ensemble based on a poem by Doireann Ní Ghríofa; and the role of Maggie in Wishbone, directed by Myrid Carten.

Her latest stage credits include the Landmark production of Asking For It, directed by Annabelle Comyn; the role of Hero in Rough Magic's acclaimed production of Much Ado About Nothing; Womb for Outlandish Theatre Platform at the Samuel Beckett Theatre; Kiss Kiss Slap Slap for Chaos Factory at Smock Alley; the national tour of Brokentalkers' acclaimed This Beach; and the role of Emmy in Nora, a version of Ibsen's A Doll's House adapted by Belinda McKeon and Annie Ryan for Corn Exchange. Bowe was most recently seen on stage in DruidGregory, which toured Galway in 2020.