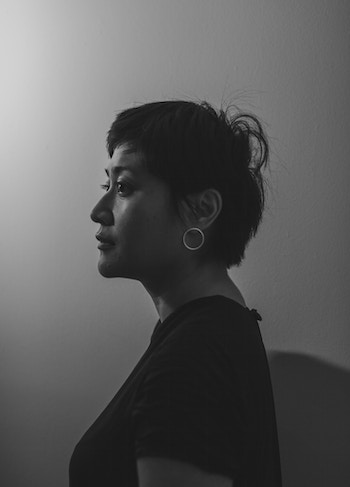 Khairani Barokka is a Jakarta-born, UK-based writer, poet, and interdisciplinary artist. She earned her BA with high honors in sociology and anthropology from the US’s Middlebury College, where she was a College Scholar. She holds a masters from the Interactive Telecommunications Program at NYU’s Tisch School of the Arts. As a Tisch Departmental Fellow, she worked on participatory interactive art, literature, and social issues storytelling. Barokka received her PhD by practice in Goldsmiths' Visual Cultures Department on an LPDP Doctoral Scholarship.

Barokka is a prolific practitioner of think/do advocacy in the arts. She engages in particular with innovation in storytelling and its potential to increase justice for and by disability cultures and feminisms, both of which she is happy to be a part of. She was Modern Poetry in Translation’s Inaugural Poet-in-Residence and the first non-British Associate Artist at the UK’s National Centre for Writing. Barokka wrote, performed, and produced Eve and Mary Are Having Coffee, a hearing-impaired accessible solo show that premiered at Edinburgh Festival Fringe 2014 as Indonesia’s only representative. Previously, she pioneered the production of the first live-streamed spoken word shows in Indonesia, which drew from cross-national collaborations and focused on social and disability justice. Her lectures, performances, workshops, and projects have been presented in 17 countries, including her native Indonesia.

As an independent scholar, Barokka is a member of the International Federation for Theatre Research and has presented at international conferences, festivals, and as a two-time TEDx speaker, for Jakarta and Youth@Chennai. She was profiled in the United Nations Population Fund’s 2014 book Investing in Young People in Indonesia: Inspirational Young Leaders Driving Social Change for raising awareness of disability issues and perspectives through art and writing. She has also been featured widely in national and international media, including on BBC Radio 2's The Arts Show with Jonathan Ross, BBC’s The Cultural Frontline, BBC Scotland, BBC News' live Q and A on Facebook in London, ABC Australia, Australia’s 3RRR, The Hindu, The Times of India, and all major Indonesian newspapers and media, including National Geographic Indonesia, Esquire Indonesia, and BBC Indonesia.

Barokka’s work has appeared in Poetry Review, The Rialto, Ambit, Magma, Wasafiri, Stand, The New Inquiry, Asymptote, and other publications. Her first book as sole author, a poetry-art production entitled Indigenous Species, was published in 2016 by Tilted Axis Press, with a Vietnamese translation out in 2018 with AJAR Press, and was nominated for a Goldsmiths Public Engagement Award. Her first full-length poetry collection, Rope, was published by Nine Arches Press in 2017. HEAT, an anthology of Southeast Asian urban writing co-edited with Ng Yi-Sheng for Buku Fixi Publishing, was launched in London in 2016. She is co-editor with Sandra Alland and Daniel Sluman of the UK anthology Stairs and Whispers: D/deaf and Disabled Poets Write Back (Nine Arches Press, 2017), shortlisted for a Saboteur Award for Best Anthology and a Poetry School Book of the Year. Her latest book, poetry collection Ultimatum Orangutan (Nine Arches Press), was published in 2021.

Barokka was Artist-In-Residence at Rimbun Dahan in Malaysia for six months in 2014–2015, where she worked on writing projects as well as on using text in mixed media works. She has also held residencies at Vermont Studio Center as its first Indonesian writer-in-residence, Tutti Arts, the EQUILIBRIUM Project at Sandarbh, and Jatiwangi Art Factory’s Village Video Festival. She was selected as Australia’s Emerging Writers Festival’s Inaugural International Writer-In-Residence for 2013. Barokka has recently been commissioned by the ICA, Southbank Centre, and the Wellcome Collection. She is currently UK Associate Artist at Delfina Foundation and Research Fellow at University of the Arts London, and is at work on a book and new visual works.

Video: An interview with Barokka for Oxford's Isis

in which I hypnotise a tiger

To the Harbour (Ke Pelabuhan)