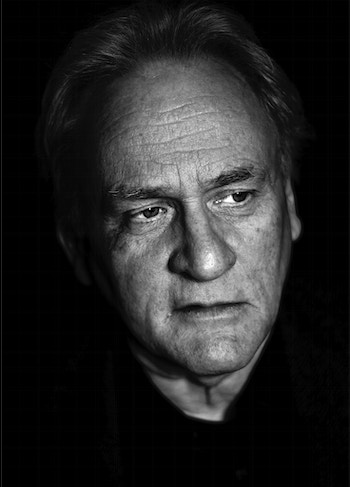 Irish poet Paul Durcan was born in Dublin and raised there and in Turlough, County Mayo. His father was a circuit court judge, and his mother was a niece of the major Irish nationalist figures John MacBride and Maud Gonne. Durcan had a tense relationship with his father, who held him to exacting standards and disapproved of his resistance to conventional masculine values. When the poet was attending University College Dublin in the 1960s, his family had him committed against his will; after three years of on-and-off invasive psychiatric treatment, Durcan ran away to Dublin to join his friend Patrick Kavanagh, who became a literary mentor.

Durcan moved to London in 1966, where he worked at the North Thames Gas Board. In 1967, his first collection, Endsville, was published, co-authored with his friend Brian Lynch. That same year, he met his future wife, Nessa O’Neill, at a wedding. They married in 1968 and had two daughters, Sarah and Siabhra. The family moved back to Ireland in the 1970s: O’Neill taught at a men’s prison, while Durcan studied archaeology and medieval history at University College Cork, graduating with first class honors. He continued to write poetry, founding the journal Two River and appearing in other literary magazines. In 1974, he won the Patrick Kavanagh Award; O Westport in the Light of Asia Minor, his first solo collection, was published in 1975.

1982’s The Selected Paul Durcan brought the poet both critical acclaim and international attention. In 1984, Durcan and O’Neill divorced; his collection the following year, The Berlin Wall Café, was a Poetry Book Society choice and is considered among his most significant works. Durcan served as Poet in Residence at New Hampshire’s Frost Place in 1985 and was awarded the Irish American Cultural Institute Poetry Award in 1989. In 1990, he won the Irish Times Irish Literature Prize for Poetry and was named Writer in Residence at Trinity College Dublin in 1990. His collection Daddy, Daddy, examining his troubled dynamic with his father, won the Whitbread Poetry Award in the same year.

Durcan is celebrated as a major voice in Irish poetry, known for his sharp satirical voice and his willingness to grapple with Ireland’s often-turbulent religious, cultural, and political conflicts. According to Eve Patten in Contemporary Writers (British Council, 2008), Durcan has been “renowned as both an outspoken critic of his native country, and as a chronicler of its emergence from the repressions of the 1950s to the contradictions of the present day.” A member of Aosdána, Durcan was Ireland Professor of Poetry from 2004 to 2007. He performed weekly national addresses on RTÉ Radio 1’s Today with Pat Kenny in the early 2000s and has collaborated with both musicians and artists, including with Van Morrison on his 1990 album Enlightenment. Durcan has been awarded honorary degrees from both Trinity College, Dublin, and University College Dublin. Several of his poems appear in Ireland’s Leaving Certificate. His most recent collection was 2015’s The Days of Surprise (Harvill Secker).

Video: Durcan performs an illustrated ekphrastic poetry reading in collaboration with the Toledo Museum of Art

Video: Durcan reads his poem "Paul" in a 1992 short film made by Tyne Tees Television with Bloodaxe Books