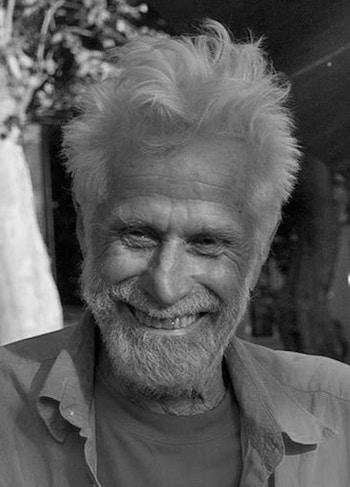 Abstract expressionist sculptor Marco Polo di Suvero was born in 1933 in Shanghai, China, to Italian-Sephardic parents. In 1941, as World War II broke out, his family immigrated to the United States. Di Suvero received his B.A. in philosophy from the University of California, Berkeley, in 1957, after which he moved to New York City to begin his career as a sculptor. He quickly found success in showing his work, with a first solo exhibition in 1960. Di Suvero’s part-time work in construction at that time, which helped inspire his use of building materials, also led to a nearly fatal elevator accident that required several years of rehabilitation. In 1975, di Suvero achieved international renown with a Whitney Museum retrospective that included citywide installations and a display of his work at Paris’s Jardin des Tuileries, a first for a living artist.

Di Suvero’s work is typically architectural in scale and built from steel construction materials, often with a moving component. His sculptures are held by more than 100 arts institutions, including the Metropolitan Museum of Art, the Museum of Modern Art, the National Gallery of Art, Storm King Art Center, and Tippet Rise. His efforts in the arts community include co-founding Park Place Gallery, New York City’s first artist cooperative; the Athena Foundation; and Queens’ Socrates Sculpture Park. Di Suvero’s awards include the National Medal of the Arts, the Lifetime Achievement Award in Contemporary Sculpture, the Smithsonian Archives of American Art Medal, and the American Academy of Arts and Letters Gold Medal for Sculpture. He lives in Astoria, Queens, with his wife and daughter.