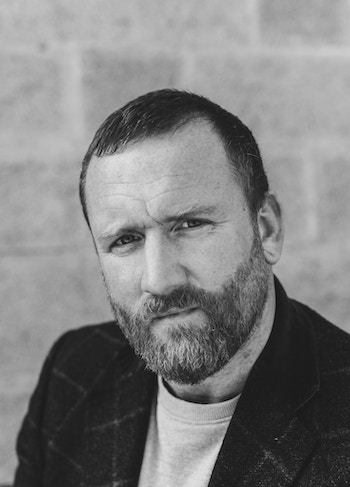 Actor Rory Nolan grew up in Killiney, on Ireland’s east coast. The oldest of five children, he attended Christian Brothers College Monkstown, where he played on the Senior Cup rugby team. At University College Dublin, he studied English and sociology before getting involved in theater. He pursued further drama education at the Gaiety School of Acting, where he met his wife, Tara Blaise.

Since graduating in 2003, Nolan has appeared in dozens of roles on the Irish stage, perhaps most famously as the eponymous lead in Paul Howard’s Ross O’Carroll-Kelly trilogy. His recent stage performances include Fishamble’s production of The Alternative, the national tours of Druid’s Epiphany & Furniture, Richard III at the Abbey Theatre and New York City’s Lincoln Center, and the Garry Hynes–directed Waiting for Godot at Lincoln Center, for which he was awarded Best Supporting Actor at the 2017 Irish Times Irish Theatre Awards. He is a member of the Druid ensemble and has played Falstaff in DruidShakespeare, among other roles. An esteemed comic actor, Nolan is nevertheless a significant presence in period dramas at theaters such as the Abbey and the Gate. His screen credits include A Thousand Times Goodnight with Juliette Binoche, the role of FitzJohn in the feature film Wild, and others. Nolan lives in Wicklow with his wife and children.