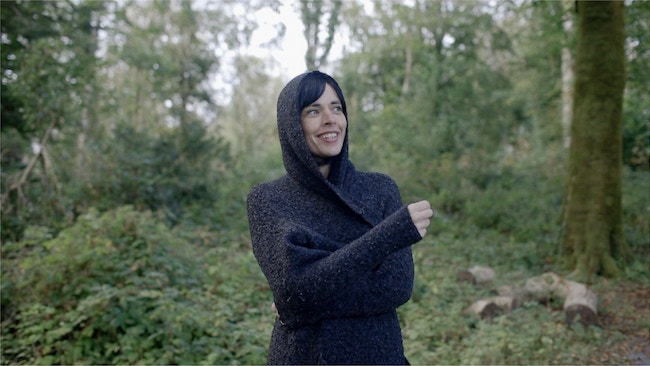 In the early years of the 20th century, Coole Park in County Galway, Ireland, the home of Lady Augusta Gregory, became a gathering place for many involved in the development of an Irish literary culture. This fall, the Adrian Brinkerhoff Poetry Foundation collaborated with Druid to create a set of films recognizing this heritage and documenting the artistic conversation between Ireland’s past and present.

The Coole Park Poetry Series involves poets of different cultural backgrounds living in Ireland, reading both their own work and the work of poets associated with Coole Park, including Lady Gregory, W. B. Yeats, and J. M. Synge. The poets filmed are Seán Hewitt, Doireann Ní Ghríofa, FeliSpeaks, Evgeny Shtorn, and ATMOS Collective. All ten films were recorded in the grounds of Coole Park in September 2020 as part of DruidGregory and directed by filmmaker Matthew Thompson, with music by Gerry Horan.

The series was presented in a free exhibition at the Mick Lally Theatre in Galway from December 10th through 19th. The theater was adapted to a one-way system so that the films could be viewed safely in a controlled gallery space, to be enjoyed individually or as a complete 20-minute film.

We released the ten new films from the series digitally each Tuesday and Wednesday in December and early January, gathering them in this space as a virtual exhibition complementing the in-person screenings.

All ten films are now available to watch below: